…I open my window, and it fills the chamber with white dirt. I think God must be dusting; 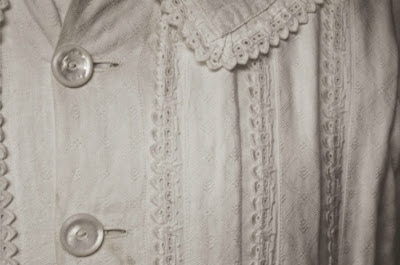 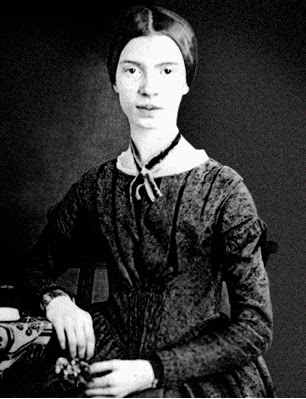 And wear – if God should count me fit –

Her hand was whiter than the sperm

That feeds the sacred light.

How counterfeit the white

*Our journey had advanced, poem on Project Gutenberg

Like flowers in a plot –
Her hand was whiter than the sperm
That feeds the sacred light.
Her tongue more tender than the tune
That totters in the leaves –
Who hears may be incredulous,
Who witnesses believes.

***Unworthy of her Breast

Though by that scathing test
What Soul survive?
By her exacting light
How counterfeit the white
We chiefly have!

Poet and visual artist Jen Bervin  embroidered an ongoing series of Dickinson's poems on large quilts. Her work gives to see the striking evidence of Dickinson's marks as an integral part of her poetics. The Dickinson Fascicles  metamorphosed in an artist book, The Dickinson Composites, published by Granary Books in 2010. In the box are two sewn samples and an essay in which she elucidates Dickinson's variant marking system in her poetry manuscripts and provides further context for the quilts. "The fascicles from which I made composites showed clearly identifiable shifts in the size, gesture, frequency, and distribution of the marks. In contemplating such an odd physical study, one naturally forms one’s own questions about the nature and meaning of the marks; it makes their presence on the facsimile manuscript page more striking, systemic, factual—and their omission from typeset poems more evident. I have never doubted Dickinson’s profound precision, however private, nor that the energetic relation of these marks and variants is anything but integral to her poetics. I have come to feel that specificity of the + and – marks in relation to Dickinson’s work are aligned with a larger gesture that her poems make as they exit and exceed the known world. They go vast with her poems. They risk, double, displace, fragment, unfix, and gesture to the furthest beyond—to loss, to the infinite, to “exstasy,” to extremity," she writes.


... white, although often considered as no colour (a theory largely
due to the Impressionists, who saw no white in nature), is a
symbol of a world from which all colours as a definite attribute has
disappeared. This world is too far above us for its harmony to
touch our souls. A great silence, like an impenetrable wall, shrouds
its life from our understanding. White, therefore, has its harmony
of silence, which works upon us negatively, like many pauses in
music that break temporarily the melody. It is not a dead silence,
but one pregnant with possibilities. White has the appeal of the
nothingness that is before birth, of the world in the ice age.

Kandinsky, Concerning the Spiritual in Art