A New Frontier Myth. In Search of East End... 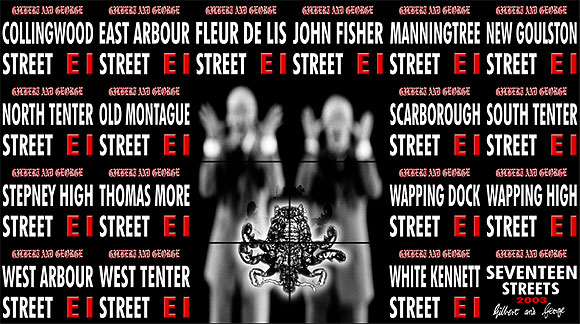 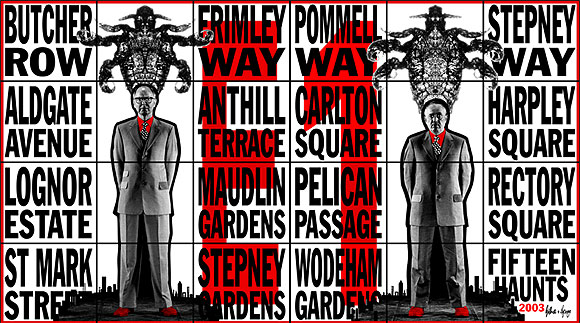 It would not be easy today to find some hopeless conservative using the term East End as a pejorative word, associated with the stigma of poverty, foreign immigration and violence. It is now difficult to imagine how remote the East End of London must have seemed in the late 1960s. "The cultural uptake of the Hoxton scene – as a highly potent image of newness, hipness and fashionability – by the mainstream of not only the art establishment, but the worlds of media, advertising, fashion, design and property development was extraordinarily rapid.(...) In fact, to the social anthropologists at work in advertising agencies and market research offices, the word "Hoxton" was both noun and adjective. This old London district became the latest shorthand to denote what trend analysts have officially described as "urban edgy" – meaning the new, monied, inner-city consumers for whom a knowledge of contemporary art would be right up there with their aspirations for a Thameside loft apartment, a holiday in a hip hotel and their fondness for Pret A Manger sandwiches."
The new bohemia of the British contemporary art scene is now firmly settled in E1. Many artists from the YBA (Young British Artists) live and work in the area. Tracey Emin has her home in Fournier Street, Gilbert and George have been resident there since 1965. "They had been attracted to the East End not simply by the affordability of property – much of it formerly industrial, or almost wholly derelict – but also by the need to declare a barrier of sensibility between themselves and the prevailing cultural climate. "*
Where is the new barrier of sensibibility and the new frontier to be found now ?

Email ThisBlogThis!Share to TwitterShare to FacebookShare to Pinterest
Libellés : London