Working with the Forces of Nature. David Nash's Deep Knowledge of Trees

"Each place has materials particular to its geography, flora and geology.
Each moment in that place is also particular: determined by the seasonal cycle and local weather.
Each hearth is thus an encapsulation both of a fleeting moment and the physical constancy of a particular environment."
David Nash 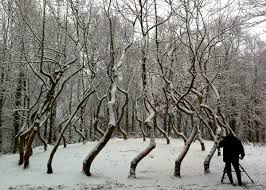 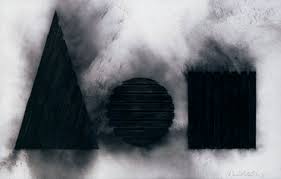 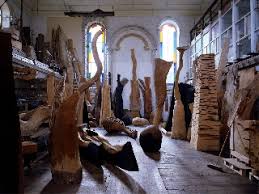 In the early sixties, David Nash's father bought Cae'n-y-Coed , a 2,5 hectare parcel of land in North Wales meaning 'field in the trees'. "I had been to a retrospective exhibition of David Smith's sculpture at the Tate Gallery in London and had been struck by the extraordinary ease with which he handled steel, cutting, heating, pounding and welding it as if it were clay in his hands. David Smith spoke steel. I realised I needed to try to be as  fluent with my material, to learn to 'speak' wood and to allow the material to lead me. Hitherto I had been treating wood as a dumb, inert material, using it to invent forms without understanding or taking account of its origin."  Since then the artist began investigating a growing, 'coming' process and a decomposing, 'going' process. The Ash Dome, planted 1977 was his first 'coming' engagement, and the Wooden Boulder, which began its journey in 1978 became his first 'going' one. Ash Dome is still alive in a secret location somewhere in Snowdonia and goes on merging with its environment; Wooden Boulder returned to the land where it came from, it has now disappeared in the estuary of the river Dwyryd, just as David Nash wished it. "My feeling/thinking senses were meeting the deeper 'thinking' of natural forces. Each branch that I pulled, sawed and stacked contained its journey from being part of a living, growing plant to becoming a separated object paused between life and decomposition." Engaging with, and celebrating, the potency of the elements rather than regarding these as a negative force  worked as a liberation to him. "Cae'n-y-Coed became for me an access point into vitality and dynamic thought, enormous in its simplicity."

David Nash at Kew Gardens: a Natural Gallery until April 2013